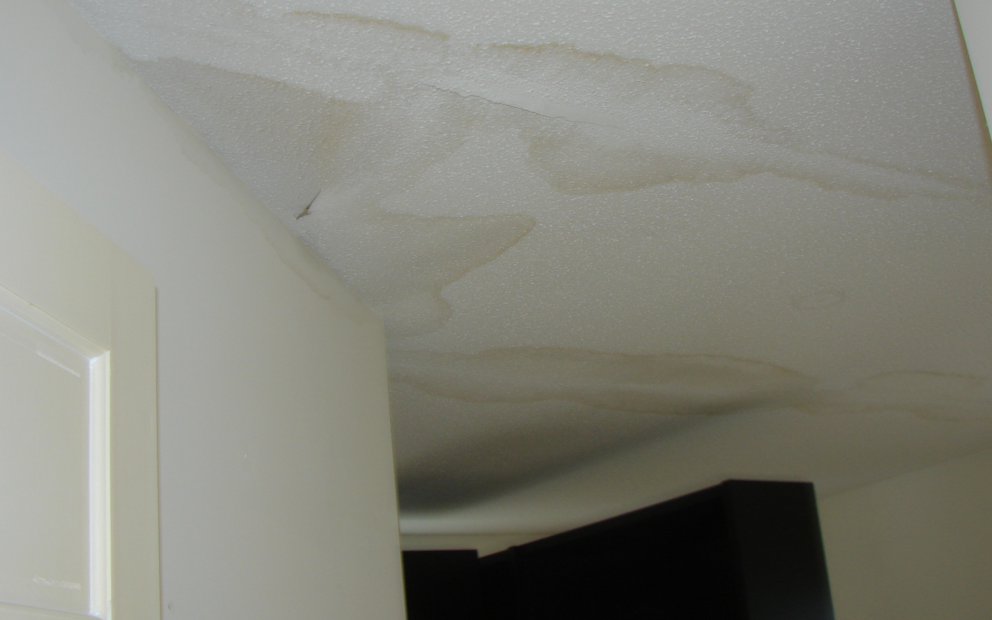 When your ceiling is damaged by water, not only can it become unsightly, but it can also become dangerous in weakening the structure of the ceiling and even lead to the formation of mould if it’s left for long enough.

Whether the damp ceiling is caused by a burst pipe, hole in your roof or even a bath overflowing, it’s always important to get the damage fixed as soon as possible to prevent any further and more costly problems occurring down the line.

If you’re wondering how to repair water damaged ceiling plaster yourself, we have a few handy hints that you could try.

Steps to repair the ceiling

Before you even begin your steps to repair the ceiling, the very first thing that you should always look to do is to stop the leak or whatever is causing the water damage to your ceiling. So, repair the burst pipe, fix the roof, or turn the bath taps off! Then, you’ll need to make sure that it’s all dried out where the water has come through, so look to use heaters or towels, whatever works for you.

After the patch is dry, you’ll need to scrape off any loose materials or paint and remove all the damaged bits. Then you can coat all of the stains with primer or sealer.

While the primer is still wet, look out for any spots of loose paint that you might have missed and catch them before it dries. Clean all debris away and complete your priming, then once the primer is dry, scrape of any further debris with your knife.

After that it’s time to apply the first coat of joint compound or mud over the damaged area and when the mud is dry it can be lightly sanded to achieve an even surface. Once you’ve wiped it over lightly with a damp rag to remove the sanding dust and allowed it to dry once more, you can apply the second coat of joint compound and, as with the previous step, sand it again when the mud is dry.

After you have wiped the sanding dust away again you can cover the area with another coat of primer and then when the primer is dry, touch it up with some finish paint for the final result!

Before you start, you might find it useful to have the following already to hand:

If you would like to find out more about the type of kit you need for repairing water damaged ceiling plaster, or, to take a browse through the products we have available to help, either take a look at our website and order from Gypsumtools today or get in touch. 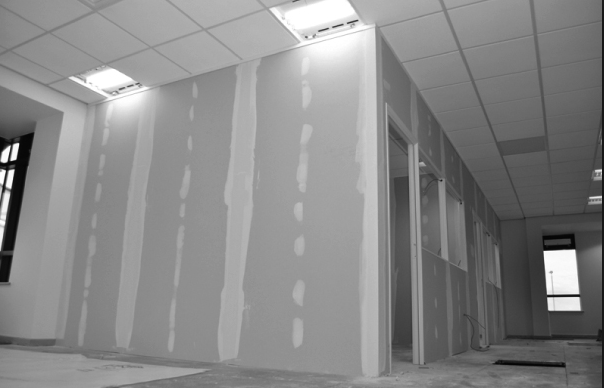 Given that plastering has been around for many hundreds of years, dry lining in comparison is still relatively new. But, as with many developments in technology it’s something which has saved many plasterers a lot of time and effort and that is why the role of drylining in construction is an important one.

Drywall is a panel made of gypsum plaster which is pressed between two thick sheets of paper and is used to make interior walls and ceilings. It can also hide pipes and wires, create space for insulation and smooth out uneven surfaces before they’re decorated.

Where it might take weeks to plaster a house the traditional way, with dry lining, using metal stud partitioning or plasterboard sheets, the job can be done in a couple of days.

Back in the last century drywall would be cut to size and fixed to the wall with nails or glue, but, as the standard of the drywall has improved over time, so have the accessories available to help get the job done, so drywall screws are more commonly used.

The first forms of plasterboard were created in the UK at the end of the 19th century, then into the 20th century Gypsumboard evolved and the materials used to make it moved on, from using inner layers of felt paper to paper based facings.

As plastering tools and equipment developed more towards the modern day, plasterboard evolved even further and became easier to install and measure, while becoming lighter and less brittle. The materials used to fill the joints became more effective and tools such as automatic taping machines were developed.

Over time drywall has not only had to evolve to make the application of it easier but it has also had to keep pace with issues such as the environment, health and safety regulations and carbon footprinting.

Today dry lining has many functions and often those working in the industry will appreciate the opportunity that it brings to make a real difference when changing the overall look and feel of a place to give it a new purpose.

Depending on the reason that you’re putting drywall up for, it can be finished to a Level 4 standard or for real perfection in high end applications you can go to a Level 5 finish to give some very visually pleasing results. And that’s before the paint even goes on the wall.

From lowering ceilings and raising floors to creating new spaces, rooms and corridors within already existing structures, it’s a physically demanding but rewarding job which can produce a feeling of satisfaction at the end, when you see what sort of results your work can achieve.

We have been scouring the globe for the best dry lining tools and accessories there are for quite a good few years now. If you would like to find out more about the kind equipment we have in stock, you can take a look through our stock online or get in touch to find out more.

Always on the look out for the best there is when it comes to plastering tools and equipment, we are really pleased to announce that Gypsumtools is stocking the groundbreaking Flex Power Tools!

From power sanders and mixers, to hoovers and drills, we have them all in stock and ready to snap up either from our Leicester trade counter or online and delivered direct to your door. But, if you haven’t heard about the exciting European power tool manufacturer and want to know more, then read on!

Who are Flex Tools UK?

Flex have been producing innovative and useful tools for almost a century and their commitment to offering customer satisfaction and on the job problem solving is legendary.

The company began in Germany in 1922 with hand controlled tools, but as technology developed they quickly moved on to launch the first high speed angle grinder in 1954, which they continued to improve on as the years went by.

In 1997 Flex was the first electric power tool manufacturer to launch a long neck sander which could sand walls easily from top to bottom and ceilings without the need for scaffolding or stilts. The Flex Giraffe was born and, as with many of the Flex products, it revolutionised many of the industries in which sanding tools were used.

Flex has always been known for leading the field in advanced technology when it comes to power tools and this is in no small part down to the research which the company does when creating them. They visit actual work places, such as building sites and factories, to discover what it is that their tools will need to be able to do before they’re even made. The team searches out any problems which are encountered by people using similar tools and work out a way around them. Their aim is to offer tools which are useful, easy and comfortable to use, lightweight and flexible – not to mention getting the job done well first time.

Some of the Flex products we are stocking

If you were wondering which Flex products we have in stock, then you can start by checking out the very handy and lightweight Giraffe Wall and Ceiling Sander which we mentioned above.

It is ideally suited for sanding plaster boards and painting preparation and it also offers reliable force transmission and high flexibility thanks to the flexible drive shaft, optional 500 mm extension for high rooms, as well as the gimbal-mounted sanding head. To get the best, most dust free working conditions you can, it also offers excellent dust extraction from between the brush ring and the sanding pad. Other Flex products we have in stock include their range of drills and drivers, mixers with speed control which are perfect for mixing plaster and their very own safety vacuum which comes with a high performance turbine and high suction as a result.

Order your Flex tools from Gypsumtools

For high quality and reliable brands that you can trust, take a look at our plastering products online, which include our wide range of Flex tools. Or you could always get in touch with our friendly team today to find out more. 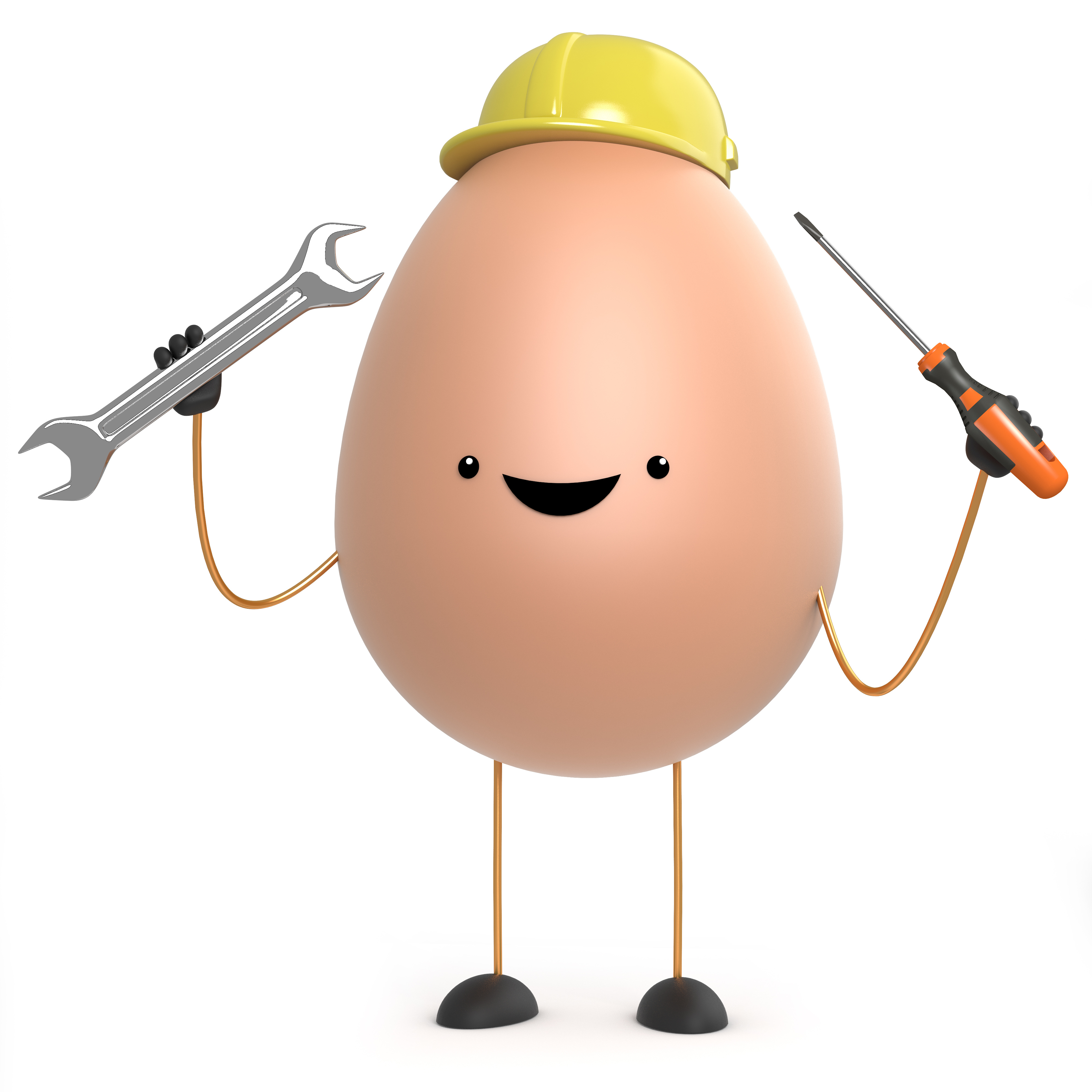 It wasn’t only the Easter Bunny bringing the treats over the last few weeks, but anyone who signed up for our Gypsumtools newsletter was in for a nice surprise too!

We had some fantastic offers on over the holiday period, with some great deals available for anyone interested in getting themselves some new plastering tools or equipment – so it’s no surprise that people picked up on the good news and got themselves online to get their orders in straight away!

We’ve been bowled over by the huge surge in customer orders and sales that we’ve had over the Easter period. To say we’ve been busy would be an understatement!

Thank you to all who used our Easter code

If ever you’ve been tempted to delete some of your emails before reading them because you think they won’t be of any use, then this is a good reason to think again and a great case for reading them when they come in from the companies that you like.

Over the last few weeks we sent out a special code to anyone who had signed up for our newsletter offering special prices for anyone who used it and it was wonderful to see that so many of our happy customers did just that. Thank you to all who used our Easter code and took total advantage of the deals that we had on.

From plastering tools to handy devices and a whole range of some of the best brands there are in the business, we had some offers to be snapped up on pretty much everything.

If you think you might be looking to update your plastering tools, or maybe you’re looking to give plastering a go for the first time, then sign up for our newsletter and make the most of all the great reductions, news, special offers and handy tips that will be emailed out to you over the next few months.

Whether you’re a professional plasterer or a DIY fan, we’re guaranteed to have useful advice and the piece of kit that’s right for you at all the right prices.

If you’ve been gutted in the past because you’ve realised that you’ve just paid the full price for something when it has been on offer the week before, then you can make this a thing of the past and never miss out on special offers from Gypsumtools again.

By signing up for our newsletter we will be able to send you all of the special deals that we have on as soon as we have them!